Why to Seek and Give Criticism 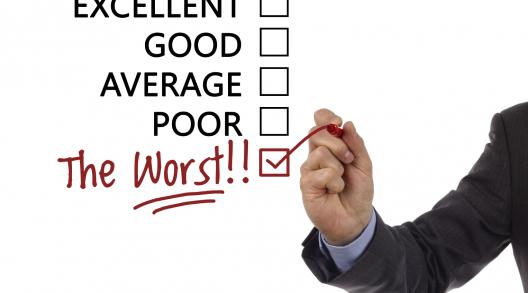 Which do you prefer to hear?

We’re human beings, and to some extent we’re all sensitive souls with egos and feelings, so on some level at least, we all prefer to hear the first one. But there are many levels of ourselves to listen to, and you have a choice as to which one you tune into.

To ask a different question; which of those is most useful to you? Well it isn’t necessarily that simple either. The person giving you feedback may not be even remotely qualified to comment, so you might as well ignore them, right? Well I don’t think so.

One of the key things I’ve learned to do, is at least take notice of people who are willing to give you negative feedback. They may be right or wrong, but giving negative feedback takes guts, courage and unless they’re just plain nasty - which very few people actually are - then at least they’re likely to mean what they’re saying, and want to help you. Not always true of positive feedback and complements.

It’s easy to compliment people. And we all know people do it all the time to try to get into your good books, or to try to set you up to agree to something. If not that evil, then maybe they just want to have a nice conversation with you, and make you feel good. But critically, no matter how well meant, essentially this means there's an ulterior motive, other than to simply tell you the truth.

Not so with negative feedback. What could anyone have to gain? What could be their secret agenda?

Of course, I'm not saying you should discard all positive comments as lies and deceit! Genuine people pay complements to others all the time and really mean them. But the problem starts when you listen to complements and reject criticism as a default setting - and a lot of us do that! All I'm saying is that if anything you'll be better served set to the reverse.

Never surround yourself with sycophants. It is a fools errand and can never end well for anyone involved. Instead surround yourself with people who have the courage and substance to challenge you. Not in an aggressive and confrontational way - that’s just irritating and counterproductive - but in a well meaning, strong and matter of fact way.

Let those people also be the type who have the strength of character to take well-meant negative feedback themselves, and respect them enough to give them the gift of that constructive criticism.

When one of my team, or a friend, or anyone starts a conversation with the words “I hope you won’t be offended by me saying this…” my ears prick up, and I become genuinely full of excitement for the opportunity I’m about to receive. I realise this is a little odd, and it wasn't the case ten years ago, but I'm learning!

If you’re interested in continually developing, then the only way to do that is to improve. If improvement is possible, then you’re not currently as good as you could be! Hopefully someone you trust will notice, and tell you!