When To Say “I Don’t Know” and When To Guess! 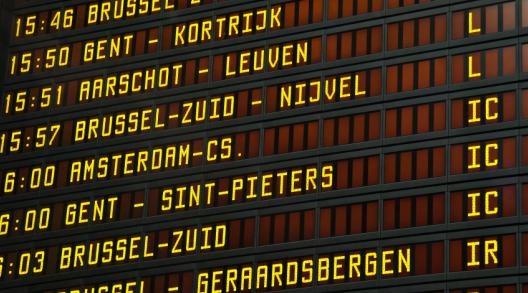 We can’t know everything about everything. But how do we deal with situations when others are relying on us for the answers?

Without thinking too much about this subject, the first obvious answer is “never guess, always 'fess up!”. But in reality it isn’t that simple. Sometimes it’s better for everyone if we take a guess than if if we just say “I don’t know”.

For the FIA World Rally Championship, Stage One Technology provides a live safety tracking system which presents a moving map showing a coloured dot for each rally car on the event, across hundreds of kilometres. This enables the event’s Clerk of the Course, and his or her key officials to make split-second decisions in respect of the safety of the competitors, marshals, fans and general public over which they have such an enormous responsibility.

In the event of an accident, the sooner they launch FIVs (First Intervention Vehicles) or medical helicopters, the better chance they have of saving lives.

We took a decision a long time ago, that “no information” is way better than “wrong information” when it came to this system. Similar to a military operation, we fly a repeater aircraft at 20,000ft above the event carrying advanced digital radio equipment which relays the tracking data from the competing cars back to the Rally HQ Command Centre. Inevitably, from time to time, communication with a car is lost temporarily. We have come under increasing pressure over the years to show a predicted position of the car along the stage, based on data such as the last known position, and speed.

We have resisted this pressure, because frankly, it’s dangerous. Giving critical personnel the impression that the car might be five kilometres down the road, when it’s actually upside down in a ditch, is open to all sorts of mis-interpretation. In these circumstances, alerting “WE DON’T KNOW” is immeasurably more valuable, allowing extremely professional and experienced people to make a judgement. It makes our system appear to be less reliable than those of our some of our competitors, but we’re talking about people’s lives!

But it’s actually fairly unusual that the decision is so clear-cut. When you’re waiting for a train, you’re certainly happier seeing “ETA 12:23”, rather than “Not yet arrived” on the board.

Why is that OK? Well, the fallout if it’s wrong by a little bit, really isn’t a big deal. If it’s out by a lot (like a couple of of hours) then the consequences could be massive for some travellers. But with the data at hand, the train operators are able to predict the arrival time, closely enough that the chances of it being wrong, enough to be a problem, are miniscule.

The same level of importance needs to be placed, not only on how you provide information, but on the information you use to make decisions. Do you know that information to be correct, or do you just think it is? Does it matter either way? Do you know how wrong it could be? What is the damage if the information is wrong by this amount, rather than that amount?

It’s easy to say “well just make it as accurate as possible”. But accurate information takes time to collect and produce.

If you have an opportunity to gain a lucrative order, with big penalties, in fourteen days, then it probably isn’t enough to find out that it’ll take “about two weeks”.

If you’re clear with your team that you need a very, very rough idea, they will spend less time on your request - time they can be spending on other things - and you’ll get your answer quicker.

But then it’s entirely your responsibility to decide to what extent you rely on that information. If you can afford an absolute maximum of £251,698.47, then once you hear it’s “about £250K” you then need to ask for a much more accurate figure.


PS. If you ask for a quick, rough figure, there’s a very real risk it’ll be quite wrong. Really good people will get it right more often than not, but you have to be prepared to take it personally on the chin when they’re wrong.