Finding The Perfect Idea For Your First (or Second) Business 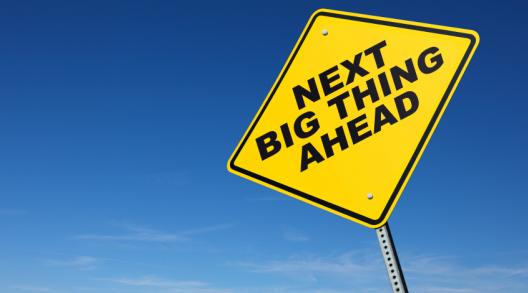 You’ve got the passion, the drive, ambition and are ready to give up all your spare time and endure almost unending stress to start your first business. Here’s how to seek and select the right idea.

Starting a business is hard. Making it successful requires almost inhuman levels of hard work and single-minded devotion to your vision. It’s no wonder we can end up devoting enormous amounts of time to assessing into which business we should invest all this effort.

But more often than not, this goes way too far and would-be entrepreneurs end up with analysis paralysis. It’s easy to look at a new opportunity, initially with great excitement and courage, only to soon come to the conclusion that there are imperfections in the business model, and be entirely put off the idea : “It’s been done before”, “it turns out we need to get a permit which requires three months of paperwork”, “the profits aren’t quite a great as they appeared”.

No business is guaranteed to succeed. When people say “starting a business is risky”, this is exactly what they’re talking about. There’s a risk it will go wrong. A real risk.

Don’t spend your life trying to find the almost-guaranteed-success business, because if you do find it you need to recognise it as a sign that you’ve misunderstood something, rather than a great discovery.

You can, of course, reduce your risk by selecting a venture with a downside which is palatable to you. If you have £1,000 saved up which you don’t need in order to survive, then starting a business which has a maximum down-side to you of £1,000 may be entirely acceptable to you. But unfortunately, the downside risk, usually correlates, at least by some factor, to the upside potential, so by risking a little you tend to only stand to gain a little.

This is the real reason why starting a business is considered “risky”; because people tend to want to earn disproportionately more than they currently have as spare cash, which means they have to risk everything they have and more in order to attempt to earn what they really want.

But consider this. If you could wind back the clock to the first day you starting thinking “I fancy setting up my own business”, and actually started a business doing the first thing that came into your head (“door to door car washing”, “buy some sweets and drinks at the cash and carry, and sell them in the park”, and a million other ideas you could do right now as you’re reading this - no big capital outlay, staff, business cards, infrastructure - just hard graft) and hustled, sometimes getting it right, and sometimes getting it wrong, then imagine where your business empire would be right now.

What’s the perfect idea for your first business? The first idea that comes into your head that you can start right now. What happens if it doesn’t work? a) you’ve learnt more than you did in the last ten years of thinking about it, and b) you pick yourself up, dust yourself off and start on the next one with even more passion and enthusiasm than the last.

Sooner or later you’re starting a business and are about to make one of the five hundred billion different mistakes an entrepreneur can make, and you think “hold on.. I remember four years ago, when we had a situation like this in our car cleaning business, and we made a big mistake doing something very similar to what we’re about to do right now”. Suddenly, you have wisdom and experience working for you, which cannot be gained through books, universities, or just thinking about it.

A common misconception is that great businesses are all about having a great idea. Most experienced entrepreneurs will admit that the idea is both the easy bit, and the least important. Everyone has great ideas from time to time, but most of them remain just as ideas. A very average idea, perfectly executed will become far more successful than a genius idea which is destroyed through poor implementation - or worse-still, just remains in someone’s head.

More often than not, the basic, simple ideas are the most likely to succeed. I once read a great adage I now use reguarly “never open a pizza shop in a town with no pizza shops”. People often obsess over finding a business idea that nobody has done before, or where there’s a “gap in the market”. There are a lot of people who, like you, are searching for a great business. If there’s a gap in the market, there’s likely a good reason for that. If there is a street in your town which has ten pizza shops in it, and they’re all doing a great trade, then the guy who opened the tenth one, did so without saying “Ah, it’s already been done”. That street can obviously sustain ten pizza shops easily, so opening an eleventh is a relatively good idea. But if you find a town with no pizza shops, it would be unwise to use that as a reason to open one - maybe nobody in that town eats pizza!

Don’t worry about finding a brilliant idea which has never been done before. Just do something that’s already proven to work, for now, and get good at it. Even at this stage it’s easy to think “OK, good idea, but I need to find an existing proven business which I can do better than everyone else”. It’s a noble and worthy goal, to try to be the absolute best you can be at what you do, and to try to give your customers (and staff, and suppliers for that matter) the best experience possible in buying from, or working with you. But being the 4th best pizza shop in the street of eleven pizza shops is probably more than good enough to earn a great living and learn some valuable lessons.

Once you’re established, and you’re up and running, worry about being better than the competition in all ways you can, but for now, in your process of deliberating which business idea to start with, don’t let “can I be the best in the world” be a leading factor in your decision making if you’ve already spent years trying to find the “right idea”.

If your great passion in life is to run a successful business, then it’s all waiting for you, and you are perfectly positioned to do so. But you have to start somewhere, so just get on with it, hold on tight and enjoy the ride! Fail, and be proud that you tried, learn from your mistakes, and get going again. Be careful not to expose yourself to extreme, unrecoverable risk, and accept that this means the returns are less likely to be astonishing. But use those returns to set aside a larger pot to allow you to accept larger risks, and just keep trying to “double up”. There will be times when you’ll wonder why you’ve bothered, and times when you'll feel like it’s never going to be anything other than a desperate struggle, but if you’re determined, and fairly sensible, you’ll eventually be successful, and it’ll happen quicker than you think.

PS. Be passionate about what you do, who you interact with and have an affect on, and have great fun, enjoying the ups and downs of the ride. The rest of it will happen all by itself. Good luck!