The Secret to Success and Happiness 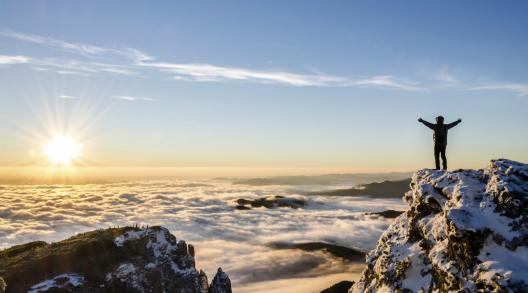 Most of us are busy trying to achieve something. Whether that be to reach a high score at Angry Birds, or to land a billion-dollar deal, the hormones our bodies release and the emotions we experience are much the same.

Failed attempt after failed attempt had started to wear us down. “I need a simpler job!” or “This game is SOOO frustrating!”. You might half convince yourself that “this is the last one!” But when we conquer that killer level or land the deal we get the big hit of elation and satisfaction we've been craving along with a dose of renewed energy. It is indeed achievable and you reckon you can do it again! Maybe better? It’s addictive!

My guess is, due to the fact you’re reading this post, you’re probably interested in business or career success. But what does that success look like to you? Do you know for sure? Is it wealth? If so, how much? Do you crave power? Over what / whom? Do you want to own your own jet? Will that be enough, once you have it, or do you want to be able to run it as well? If so, how often are you going to fly in it - the costs are transformed if you fly it twice a year or twice a week. Once you have enough money to fund the jet to that specific amount, are you going to coast and not bother trying to go any further?

Is there really a milestone, an end-game? If you’re built like a classic entrepreneur, then it’s pretty unlikely you even know what you’re aiming for. You might have a sense of what it will feel like, but the journey is the mission more so than the end result.

You may have a goal in sight; the final destination for you locomotive of effort, determination, pain-swallowing and self-deprivation. But my guess is that once you reached it, the addictive nature of the game you've had to play to get you there is likely to be too much to allow you to just switch it off and go to sleep.

In fact, you are most likely to find that your goal requires maintenance. The house, the jet, the lifestyle. You’re going to need an income to support those things. So once you buy the jet, you have then made it to the next level of Angry Birds. And guess what? It’s harder. Much harder. And often more frustrating. You sometime remember those early levels and how satisfying it was to smash those big juicy green things with what you now realise to be relative ease.

The only way to make it easy to maintain this current level, is to push for much more, to get to the next and the next, until you get to a high enough level that the one you really want just isn’t a challenge - it now becomes the easy one. But that’s a lot of effort and a lot of extra levels! The newly developed skills you've acquired are so advanced now; are you really going to be able to sit back and think "you know what? I'll just play the easier levels from now on, even though I have the skills and resources to play the big ones. I don't care what the next level looks like, nor what interesting challenges may be in store - I'm now happy with where I am"?

You might as well assume it isn’t really going to end. Ever!

So what is the secret to success and happiness I promised? Well it certainly isn’t achieving goals. If you’re thinking “If I can only do/get/be X, I’ll be happy.” or similar, then I’m afraid you’re probably going to end up disappointed.

There is wisdom in the notion that the fastest way to get everything you need in order to make you truly happy, is to be truly happy with what you already have. I’m sure none of us would disagree with that in principle. If you can follow that, and it’s a sudden epiphany for you, then read no further, but when speaking with countless people who are in some ways unsatisfied with their life, I’ve found this doesn’t quite cut it.

I take a different view. I have a wonderful life. I’m extraordinarily lucky to have done, seen, attempted, failed and succeeded at so many different things. I have an amazing wife, a small number of great friends, a wonderful team of great people, and a thriving business. But I have an enormously long list of negatives in my life - most of which are a direct result of my choices to devote the majority of my time and energy to my work.

The big secret I’ve learned is not only to focus on the positives that come with those negatives, but to adopt a mind-set of actually embracing the negatives that come with the positives. Kind of like getting a buzz out of lifting the weights, or the satisfaction from ironing creases out of your shirt. Embrace the means to the ends, not just the ends.

Think about this. Really embrace them. Take responsibility for them. Own them as your choice, and they’re no longer negatives. You know you can stop almost all of them at the drop of a hat; you’ll just need to sacrifice some of the positives you currently enjoy as a result.

Life is about compromise and balance. It is a cast-iron fact that any positive comes with at least one negative. You might not always recognise it, but it’s there. When taking the positive, you need to be at peace with the accompanying negative. They come as a package. Learn to love them as a package.

If you have a low paid, unchallenging job you hate, but you finish at 5pm and there is no requirement on you until 9am the following day, don't spend time and energy moaning about how rubbish your job is, or how little money you have. Instead, either use every moment between 5pm and 9am to work on changing that, or learn to adore your job for the fact it allows you to meet up with friends, go surfing, to paint, or whatever else you are able to enjoy in an almost entirely stress free environment.

If you’re earning a fortune in a career you adore, but you’re pushing 50 and haven’t had time to find a life partner yet, don’t look at your married friends with envy. Either quit and get a lower paid job with less stress, or embrace the fact that your freedom allows you to fulfill you business dreams.

The critical point is that your life is what you’ve made of it. Being envious of someone else’s life is a pointless and self-limiting way to carry on. They made their choices, and you made yours. But you’re not dead yet. Get on with it. Do something about it. Make your life better tomorrow than it is today by doing something about it - even if it’s something small.

But critically, pick - and own as your personal decision - your negatives, and then bask in the positives they allow.